It’s one of those days…you know the kind I mean.  The details of my today aren’t important and I’m not trying to play on your sympathy; just saying we’ve all had those days when the universe makes it clear, again, that your well-laid plans are not binding on anyone else.  A day when you’d agree with the characterization offered by Ned Racine in Body Heat: “Sometimes the shit comes down so heavy I feel like I should wear a hat.”  A day when a lot of frustration gets vented, or distilled out, on the drive home.

If you are lucky enough, you stumble upon something coming out of the car radio that nudges aside the pall, at least for a few minutes, and reminds you that today is just today…there will be plenty of tomorrows that are not today.  For me, today, it was this story on NPR about the positive effect of organized baseball on some kids in a drug-infested neighborhood of Camden, New Jersey, creating safe pockets out of the despair where “kids can still be kids.”

Now, I know that just about any activity for kids that their parents and other adults in the neighborhood actively support could have the same impact on the kids as baseball is having for these particular kids today…and I try not to go all Ken-Burns-and-George-Will on the mystical healing powers of baseball…but on this day—All-Star Game day!—hearing about the mystical healing powers of baseball for some kids in Camden, New Jersey really hit the spot.

And then, there’s this: 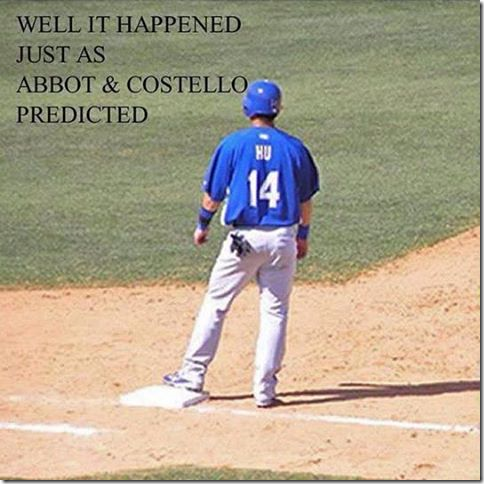 (apologies for the misspelling, Bud!)