I am sooo tired of hearing political arguments that are based primarily, if not entirely, on what side of the issue God has taken.  Arguments made by people who, apparently, know where God stands on the issues of the day here in America.  Are extreme conservatives the only people who are plugged in to God’s position on the issues?  Or the only ones who find that argument a persuasive one?

Last month I wrote about the echo of today’s extreme conservative message in the language of  long-ago memorials to Confederate war dead.  Today, I note that Doonesbury sees some of the same thing, but makes the point better than I did (or could). 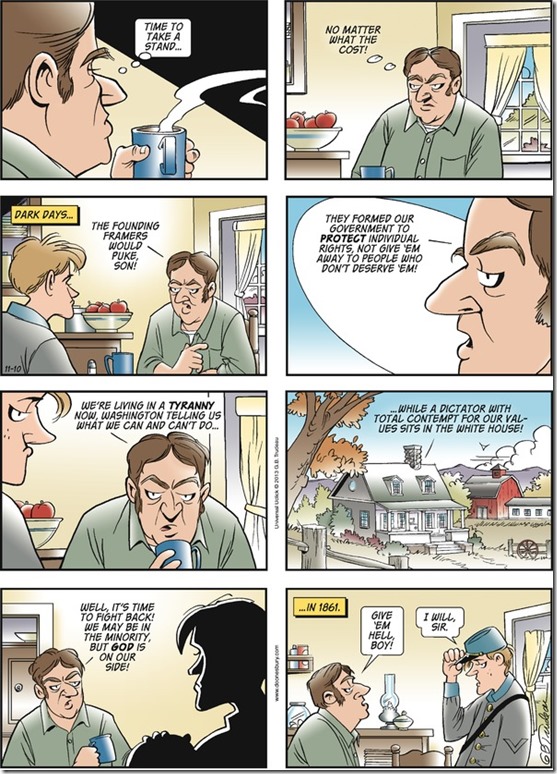 I couldn’t be more pleased to be sharing a point of view with a comic strip, or more disheartened about the intellectual quality of modern American political rhetoric.

Thanks to Doonesbury, Slate, and GoComics.com