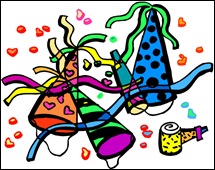 I’m cleaning out files and dumping what I’ll never use—some of it because the crummy foreign-made hyperlinks are broken—and while reorganizing the rest I found some things that need to be posted now, as a benchmark, because I’m sure this stuff isn’t over yet.

I’ve been very interested in the growing disaffection with American politics and politicians, and not just what’s coming from tea parties.  Back in April Mark McKinnon and Lawrence Lessig called for a constitutional convention if only to shock the legislative classes into understanding that people have had enough of the corruption that has institutionalized itself  in Washington, D.C.  By fall, of course, Jon Stewart got tens of thousands to rally for simple reasonableness in politics and government, and by the end of the year McKinnon and some other esteemed names were launching the No Labels approach to finding solutions to problems.  This could just generate “passionate ambivalence”, but I’m optimistic: the dismissive comments coming out of the loudest mouths on both ends of the spectrum might just mean the center has found a weapon to use against the unreasonable and the extreme.

Inconceivably, the Roman Catholic Church took the disgrace of the priest sex abuse scandal, and made it worse: first a senior official says criticism of the church is like anti-Semitism; then we learn that while in his prior job the man who now leads this church had authority directly from Pope John Paul II to act in these cases, and for 20 years chose not to; and now for Christmas, the pope says western society and its permissive sexual attitudes are partly to blame for many of the church’s celibate employees sexually abusing underage members of their parishes.  Like I said before, why aren’t these people in jail?

On the subject of blogging, I recently found some great sites that have helped boost traffic here at the corner idea stand.  Take a look at Blogiche, Alpha Inventions, and BlogSurfer if you want to get more eyeballs on your blog; you’ll get a new insight into what else is out there, too.

I’ll wrap up with syndicated columnist Scott Burns and his column from last January which reminded us then (and now) that everything old is new again: there’s always a crisis, we can’t rely on our government to take care of us, and we are getting better as the years go by.